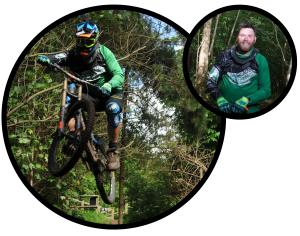 Bio: Started riding duel slalom in the early 90s then moved in to DH. Shortly after I joined the armed forces and traveled the world riding wherever I could.  I then had to give up riding due to injury in the mid 00's but I moved to torbay in 2010 and got back in to DH/Freeride after riding at Scadson. 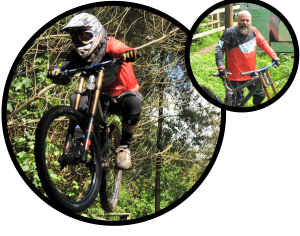 Bio: I've been riding bikes and skateboards since an early age, got my first full-sus in 1997 and haven't looked back since. Was involved in the building and upkeep of the early trails in Scadson back in the late 90s, along with racing the local OnABike DH series.

Got involved with Scadson Freeride Park in about 2012, maintaining and building new features and can usually be found up the park either riding or with a shovel. Oh and I like rum!! 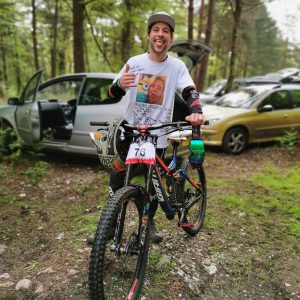 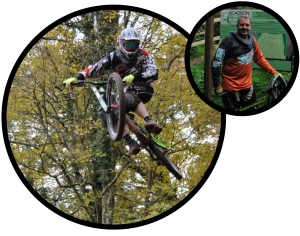 Bio: Started racing moto x in the mid 80's early 90's at age 6 finished at 13 through crashing, started riding mtb shortly after where I found my love for dh. Found scadson woods and have continued to ride there until the bike park was first formed. 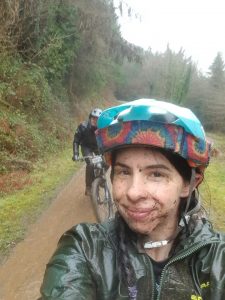 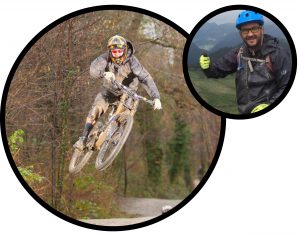 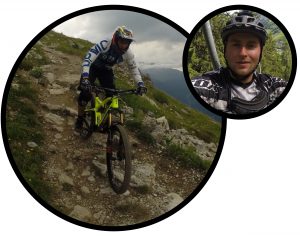 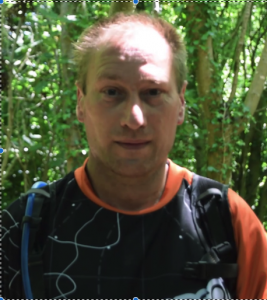